Would you like to switch to the accessible version of this site?

Don't need the accessible version of this site?

THIS DOES NOT APPLY TO MEDICARE BENEFICIARIES & INSURED PATIENTS** 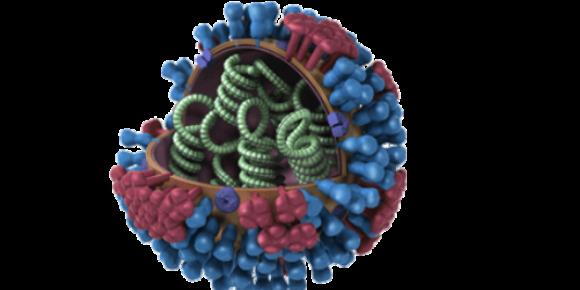 Every year, cold and flu season takes a toll on many of us.  What can you do to protect yourself, and your family?  Here are some facts and tips, courtesy of the Virginia Chiropractic Association.

Influenza (“flu”) viruses are from a genus (group) known as A, B, or C.i  Influenza virus “A” is highly relevant to humans, causing aches, pains, headaches, sweating, and malaise -- or worse. It has two major proteins associated with its surface:  hemagglutinin and neuraminidase.  Hemagglutinin allows the virus to bond to host cells, while neuraminidase is critical to its reproductive functions.ii   H1N1 (briefly known as “swine flu”) and H5N1 (“bird flu”) have different hemagglutinin (H) proteins on their surface, but the same neuraminidase (N) proteins.  Small variations in either proteins are what define different viruses -- which means that your immunity to one virus doesn’t guarantee resistance to the other.iii

There are two major ways to gain immunity to a virus.  One means is direct exposure (infection).  The body creates proteins called antibodies, which attack the viral surface proteins.  Once you get a flu, you’re likely immune to it, and possibly even to similar future strains... if you survive the original infection.

The second major way to gain immunity to a virus is inoculation.  An inert or “attenuated” virus is intentionally injected into a potential host (typically via needle or nasal spray), and the body responds by creating its own antibodies to the proteins on the surface of the virus.  The problem is that some people will have adverse reactions to the inoculation, ranging from mild malaise and flu-like symptoms, to more serious complications such as Guillain-Barré syndrome -- an autoimmune disease in which the body attacks its own peripheral nervous system.  Though some inoculations are safer than others, there is always a risk-benefit ratio.  This problem is further compounded by the rush to produce vaccine against each year’s new flu strains, which limits time for experimental trials to document safety and efficacy.  You have a right and a responsibility to weigh the cost-benefit ratio of flu vaccines for yourself, and your family.

The chiropractic view on immunity is based in science, and is informed by a time-honored philosophy on human health.  That philosophy states that the human NERVOUS AND immune systems, rather than being defective or deficient, deserve respect; and the body’s innate healing abilities should be supported, not suppressed or bypassed.  For example, different humans exposed to the same virus may respond differently.  Some will become gravely ill, or even die.  Some will suffer and bounce back with even stronger immune systems.  Others won’t become ill at all.  Interestingly, the Center for Disease Control (CDC) and Prevention in Atlanta notes that “about one-third of adults older than 60 may have antibodies” against the 2009 H1N1 virus.iv  They go on to state that we do not know how much protection these people have against H1N1.  The bottom line is that the stronger your immune system, the less fertile your “soil” is for an invading “seed” to grow in, the healthier you’ll tend to be when exposed to all but the most deadly viruses and bacteria.

For most seasonal flu, groups at higher risk for serious complications related to infection include age 65+, children under 5, pregnant women, and those with certain chronic diseases or compromised immune systems.  Curiously, H1N1 may be LESS deadly to seniors than other flu viruses:  CDC states, “One thing that appears to be different from seasonal influenza is that adults older than 64 years do not yet appear to be at increased risk of 2009 H1N1-related complications thus far.”  On the other end of the age spectrum, though CDC notes that “no children and very few adults younger than 60 years old have existing antibody to 2009 H1N1 flu virus,” many of these are also in lower-risk groups.

Chiropractic is a drugless, non-surgical approach to health and to life.  Though there are life-saving medications, some of them suppress the immune system in potentially dangerous ways.  For example, common medications used for certain forms of arthritis (joint pain) increase patient risk for tuberculosis and other infections.  Though specific studies have not yet linked a single medication to unique susceptibility to a particular flu virus, why risk depressing your defenses against colds and the flu, when there may be a natural way?

Chiropractic is highly safe and effective for many aches, pains, and ailments of the human frame. IT DOESN’T suppress the immune system like some drugs, AND it may actually enhance immune function.v, vi  Certain forms of chiropractic spinal manipulation may “prime” neutrophils, which are white blood cells that attack bacteria.  Through limiting or avoiding unnecessary stresses to the human immune system, and through chiropractic and natural self-care methods, you and your family are likely to survive this flu season... and possibly, to thrive despite it.

Keep your body optimal with a Chiropractic Adjustment . Don’t wait, Call to make your appointment today!!!

We look forward to hearing from you